In the past few months I’ve been commuting three hours each day , and I’ve had a chance to read and think while on the train. Each day I go through Blackfriars station, and have this view across the Thames. I’ve also started to use audiobooks, and this has meant I’ve read more than before. Here’s what I’ve read so far this year.
Tegmark is a physicist who surveys some of the contemporary discussion around future capabilities of Artificial Intelligence (AI). I liked the opening tale of the Omega team in terms of how technology could interact with society, and looking at the potential upsides from technological improvements on solar and renewable energy systems. The book makes a case for the importance of the AI control problem. As I’ve thought about how AI systems optimise for goals, shirking the clunky human biases, I thought about how to optimise things in general. An accessible read.

I felt surrounded by technology and structures when I read Brave New World, and I went on my first meditation retreat. The book is very well-known and covers lots of interesting ideas, like order and disorder in society, how technology can erode norms, zip-off underwear ‘Zippicamiknicks’ being a highly provocative idea when Huxley was writing. There’s no question that Huxley is a genius in how he clashes all these ideas together through the story. But technically and philosophically, it doesn’t make sense to glorify ‘John the Savage’, who despite coming from a pre-industrial society, is somehow a refined character who reflects on Shakespeare and morality, rather than struggling in a Malthusian state. There’s no question that civilisations have improved our compassion and well-being, and I understand that Huxley wrote a more sensible book later in his life, making the directly opposite case to that of Brave New World.

In an alternative 1980s, Machines Like Me is a tale of love between a man (Charlie), a woman (Miranda), and a robot (Adam). Set in a London flat, it reads like a play, with the dialogue of the main characters glancing across questions of intelligence, love, and morality. Charlie is smart but self-serving, and I enjoyed his primal reactions contrasted with Adam’s perfect utilitarianism. Despite causing upset, Adam gives a substantial sum of money to the poor ‘because their needs are greater than ours’ (though Givewell would be a better use of the money).

In this alternate past, Alan Turing continues his pioneering work on machine intelligence. He gives a speech on AI and morality — why shouldn’t electronic life have moral worth? The book is a carefully written and interesting story with enough drama to pull you through.

Bleaker than bleak, this blinding page-turner tells the harrowing tale of a father and son struggling through a post-apocalyptic USA. I read it in two sittings, but apparently lots of people burn through it one. It is beautiful, though shocking to your core. The father’s affection for his son, and their warmth in the horrible conditions are endearing.

Unfortunately the odds that civilisation takes a hit like this are far from zero. And if you’re interested in knowing what we can do, I loved this podcast with David Denkberger. ALLFED is one of the charities I support.

An engrossing tale of life in the Irish Troubles. The protagonist, a young woman, is coerced into a conspiracy with ‘The Milkman’, a paramilitary leader. Her town is paranoid about loyalty — spies with cameras lurk in bushes, and rural gossip spreads like wildfire. Daily life is lived on a knife edge. In one scene, her mechanic boyfriend proudly shows his Bentley engine he found to the local boys, only for one of them to challenge his patriotism over whether the ownership of such a nationalist symbol put him in league with the British. Reading Milkman is like drinking a bottle of heady red wine, and I felt slurred and emotional as I got through to the end, and savoured the last drop.

Against Brexit and the Irish Backstop, I thought about insider and outsider groups, and how it’s cultures that rule the world. Milkman is powerfully written and brilliant.

If you’re the kind of person who thinks it is important to improve their ability to forecast, then it’s a solid read, but if not then skip on. Tetlock looks at correcting systematic errors in clumsy human thinking through smart ideas from psychology like the availability heuristic and base rate neglect.
It is a bit smug though— the author talks through how his research outperformed groups of experts.

Smart people at their desks at home can figure things out better than large groups of scientists, politicians, or diplomats, apparently. But we do need those qualified experts to debate topics. It’s the notion that ‘everyone is an expert’ that has led to things like the anti-vaccine movement, flat earth, and climate change denial. Also, the book has nothing to say about information and inequality — the rich hoard information and power, but poorer people with less education are often sucked in by manipulative advertising.

The book could have been slimmed down significantly. It's a shame because I think Tetlock's kind of work is fundamentally very valuable, but his ambling style got tedious and I was desperate to finish it. Admittedly, I did learn from it, though you can get the key points here.

A philosophising embryo reflects on his mother and uncle’s plot to kill his father. Hamlet in 21st century Hackney. The baby’s viewpoint is great as it can hear all the discussions (when the uncle and the mother have sex, the uncles’ penis is close to the baby’s head were quite gross and funny). For an unborn infant, the protagonist has a lot to say about morality, literature, climate change, and geopolitics — sometimes too much. It’s fun and a short read, but not a masterpiece.

8. The Player of Games by Iain M. Banks (Audiobook)

The second book in the Culture Series, about the cosmic dramas of a future space-faring civilisation. The Sci-Fi story of a ‘game player’ who travels to a distant planet and clashes with their oppressive social regime. If we can get over our current resource shortages, could humanity spread into space? This future could be much bigger than the spread of early humans leaving the African savanna. But from a macro-level, familiar ethical struggles re-emerge. What are the obligations on liberals clashing with authoritarian cultures?

Like Huxley, Banks is surprisingly prescient. In this futuristic story, robotic assistants help (or annoy) the humans, and become characters of their own right. The protagonist speaks to his house to set the lights and monitor his calls — great foresight of things like Amazon’s Alexa, given that The Player of Games was written back in 1988. But as a piece of prose, the book is quite boyish and the characters are a little wooden.

(An aside on the audiobook: The narrator employs Asian accents to voice the people in the foreign Empire of Azad. Is this racist? In any case, it was funny/weird.)

Our tiny advantage in intelligence has led to our species, homo sapiens, ruling the planet. The prospects of introducing a more intelligent species could be drastic. The opening chapters of Superintelligence sweep across cognition, optimisation, and survey the developments in the efficiency of AI over the past few decades. If homo sapiens are imperfect and sloggish optimisers, then a silicon brain could in theory radically outperform ours. What will it want? What does that mean for us fleshly folk?

There are many areas of debate in this space, as the brain and cognition are radically complex and we have made limited progress on breaking down neural processes. Perhaps these topics will remain an unknown for a very long time if not forever. Timing is a big uncertainty. Bostrom’s main fears are from recursive self-improvement leading to an ‘intelligence explosion’, but this reasoning could fall down if ML process get lost trawling through a broad search space. There are lots of positives of more advanced technology. Increasingly advanced techniques (e.g. clean meat, water desalination, healthcare innovation) could help us deal with resource shortages from climate change and population growth.

Bostrom comes in for lots of criticism. How sure can we be? Like the engineers at Fukushima, we can convince ourselves that we are safe. But experts say the slice of possibility of an intelligence explosion remains open. Artificial general intelligence (AGI) may well come later this century.
The development of human level machine intelligence could be humanity’s last invention, with colossal repercussions: positive or negative. If this is a non-zero possibility, it seems important to make sure we do it right.

Books I started and gave up
Books I’m currently reading
Other books I’m thinking about reading soon
at July 27, 2019 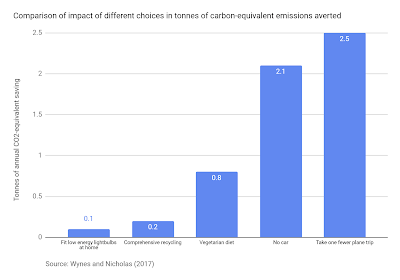